It’s kinda funny.  Holidays were never real big in my family growing up.  While I was in Tulsa I came to really like  4th of July because it meant time together with my friends at Park Plaza and my friends at IHI. I never was a person for fireworks.  I wasn’t real impressed.  The sun rise that greeted me as I ate my breakfast and had my God time each morning and the sunset as I drove home from work was a million times more beautiful.
Maybe I’m going through a little culture shock and missing home a little, but this 4th of July was the first one a really, really looked forward to.  All the Americans (and a Holland/German couple) cooked out on the hospital lawn.  We had sausages, homemade baked beans, homemade doughnuts, chips (from Cusco), homemade salsa, guacamole and humus dip.  I even went down to the store in my village and bought at least 20 overpriced ice cream bars, since that’s the closest thing we have to ice cream here.  I think there were more than 27 of us in all.  They’d tried to find fireworks in Cusco but were unable to (probably it was better that way because its getting pretty dry here now and we’d probably make some of these farmers mad if we set their fields on fire).  With American patriotic music playing in the back ground, purple Christmas lights strong around the canopy, and the smell of a grill in the air, the only thing lacking was fireworks, and I can’t say I wasn’t a little said.
As Kirstin and Ryan say, being here and trying to function in a corrupt Peruvian system makes you really grateful for all we have in the USA.  As Americans I think we’re really blessed and we really have been given a lot from God.  Consequently, that means a lot will be expected of us. 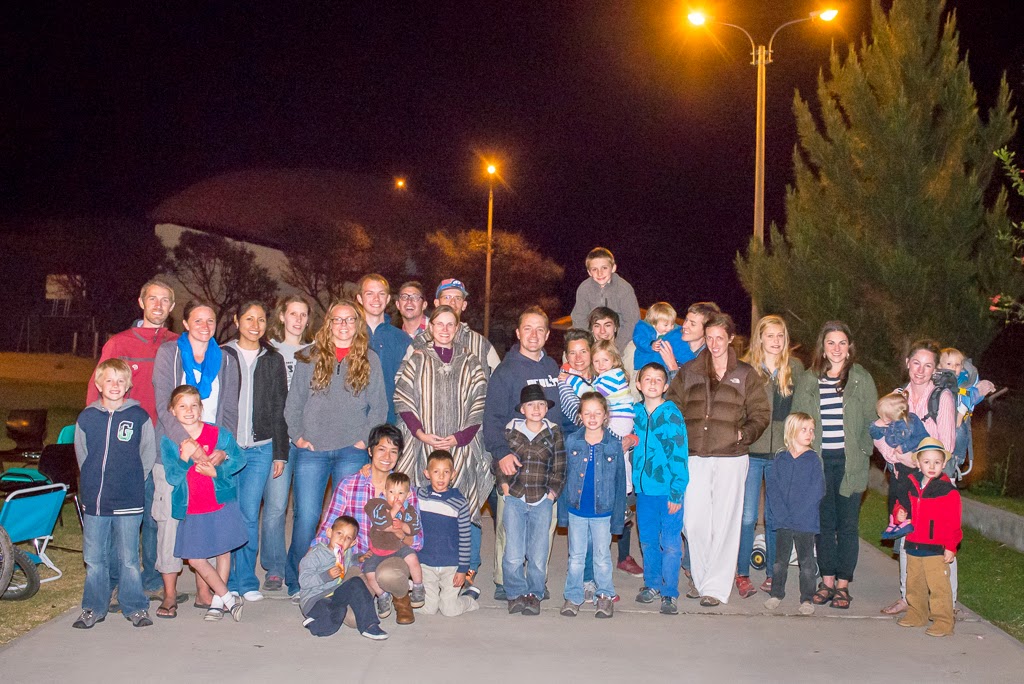