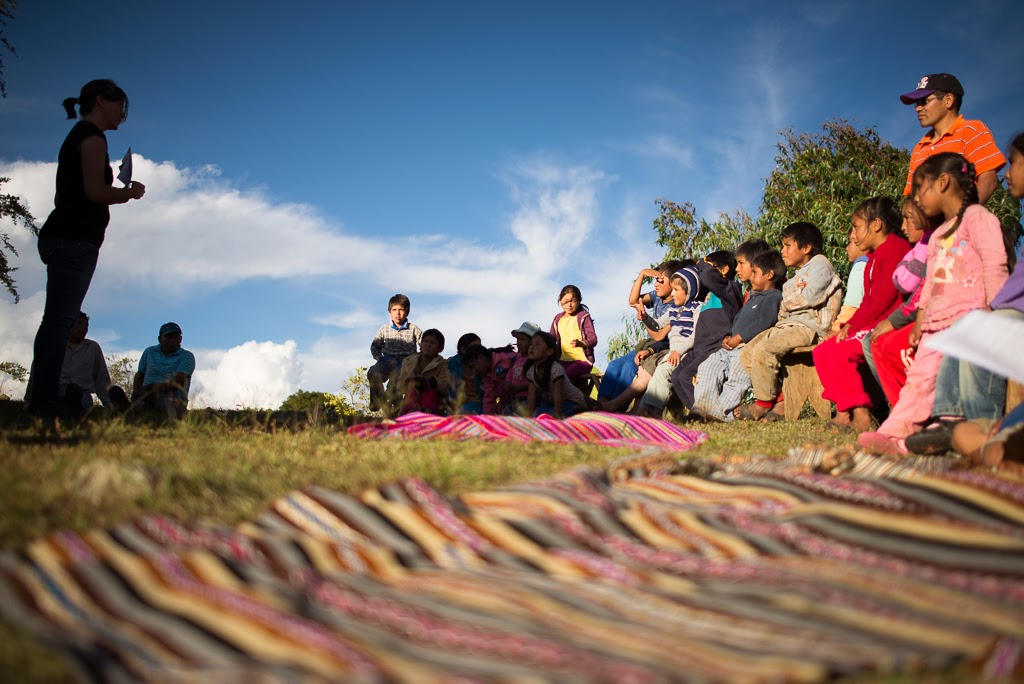 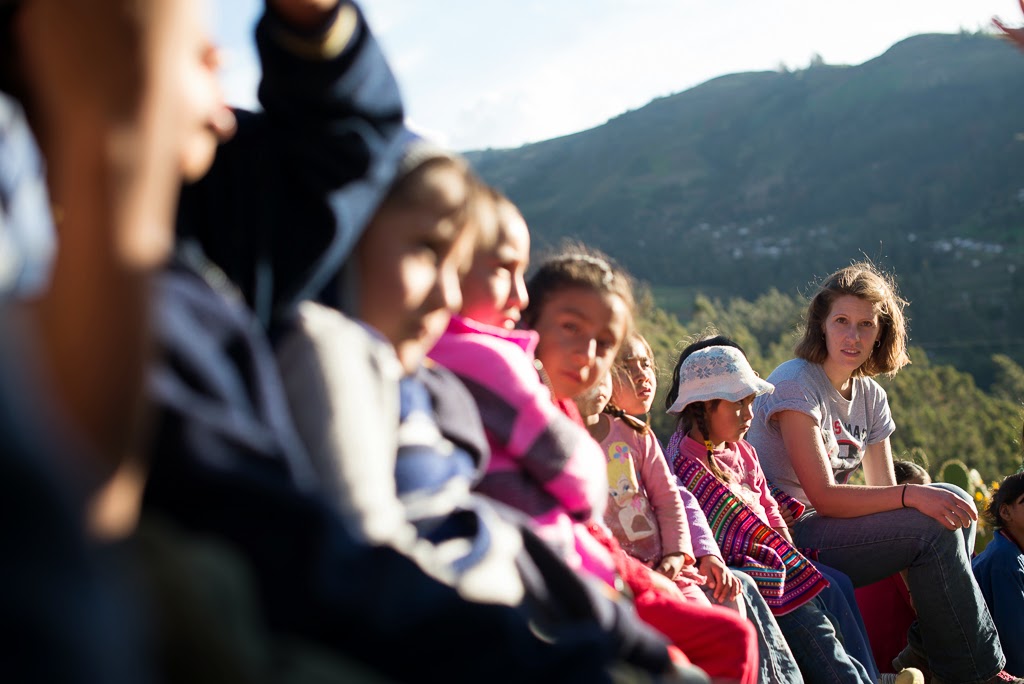 Semana Santa (i.e. the week of Easter) is a big event here due to the huge Catholic influence.  The hospital clinic was closed bother Thursday and Friday so we had a 4 day weekend.  Unfortunately this is a much celebrated time of the year because its time of drinking a lot of alcohol.  The Peruvian church I’m attending in town decided to use this time to have a revival for a church in a small village called Puka Puka (where the members of our church take turns teaching each Sunday).  This village is an hour walk up the mountain that looks down upon Curahuasi.  Puka Puka is known as a community where all the men work all day in the fields and then at night drink and beat their families.  The kids are pretty much on their own.  Each afternoon we had kind of like a VBS for the kids for three hours and then we had something for the adults afterwards.  One night they showed the Jesus film in Quechua.  That night was our biggest turn out of adults.  And afterwards many of the adults committed or recommitted their lives to Christ.

Several of the kids also gave their lives to the Lord.  We had fun with them and taught them how to throw a Frisbee and attempted to teach them how to play ultimate Frisbee. J
Seeing how hungry and open the people were to redirection my heart was renewed as well that weekend.  The next week I felt so much more intentional during my patient encounters.  One of my patients came back a couple days ago and said that he and his daughter had been moved by our encounter, had converted from catholic to evangelical (i.e. all non-catholic, non-Mormon, non-Jehovah Witnesses Christians in Peru) and came back to the hospital to ask to be baptized.
A couple days ago I had a lady come worried about a “wound” on her cervix that she’d had for 3 months.  She’d had a normal colposcopy, pelvic and vaginal ultrasound 2 months earlier by our gynecologist.  After 30 minutes of talking I finally realized that she’d had a spontaneous abortion 3 months ago, and therefore she thought that that had caused the “wound” on her cervix, she’d had a slightly irregular period (likely due to stress), saw some Peruvian Gynecologist who told her that she had a “wound” on her cervix that was growing and now she was scared to death she had a cancer and was going to die (the Peruvians have very unrealistic and irrational fears about cancer, and the young people think they have a cancer.  I’m not sure what propaganda is out there, but it’s probably contributing towards their fears).  When I realized all of these misconceptions she had I was finally able to educate her and calm her fears.
Please pray that I continue to be renewed and seek God’s guidance to know what patients are really seeking and needing when they walk in my door.
Posted by Honduras at 12:44 PM