The Rest of God 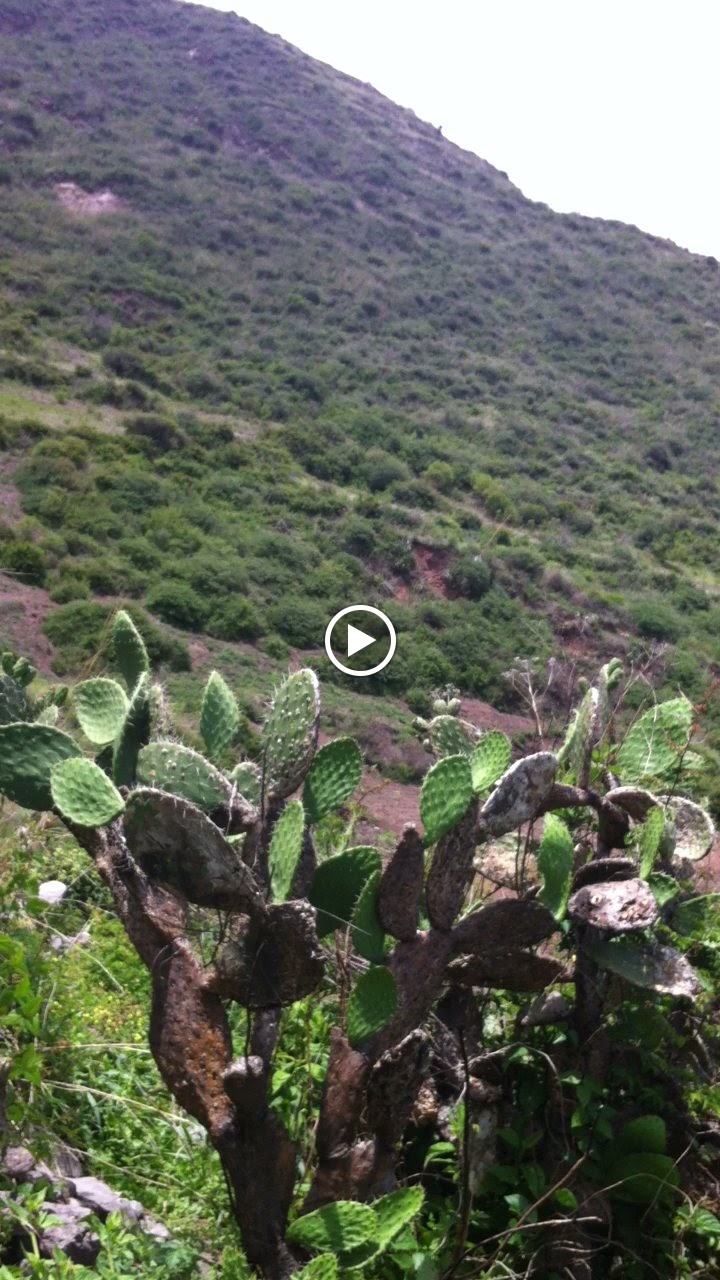 “When we stop caring about the things we care about---that’s a signal we’re too busy.  We have let ourselves be consumed by the things that feed the ego but starve the soul.  Busyness kills the heart.”
The Rest of God: Restoring Your Soul by Restoring Sabbath by Mark Buchanan
It’s a book that was given to me almost a year ago that I’ve just started reading.  It’s an interesting book.  You’d think it was about taking a day off, but really it’s about changing how you live each day.  God’s using this book to convict me in various areas of my life, and to put labels on other lessons he’s already be working on teaching me.
Several ideas that have really stuck out to me include:
1.       If all I do each day is just my Job well, that’s enough.  God is pleased; God is glorified; and people will come to know him.
The author quotes Martin Luther saying:  The maid who sweeps her kitchen is doing the will of God just as much as the monk who prays---not because she may sing a Christian hymn as she sweeps but because God loves clean floors.  The Christian shoemaker does his Christian duty not by putting little crosses on the shoes, but by making good shoes, because God is interested in good craftsmanship.

2.       Our circumstances don’t matter.  What matters is our perspective and how we view our situation that matters.  In other words, it doesn’t matter where, nor in what I serve God.  What matters is my attitude, ie that of Christ and my determination to be thankful and full of love and draw near to God in my current situation.
It’s this idea that maybe I made a mistake and I’m not where I’m suppose to be, I’m not working the job I’m suppose to work, I’m not married to the person I’m supposed to be married to.  I need to trust God’s sovereignty, let him worry about those things, and my responsibility is to force on my relationship with Him, and let my days be shaped by the overflow of his love for me.

3.       A problem with my American culture is the business.  I think I’m accomplishing more for God, but really I’m missing the opportunities and “work” He’s placed before me.
“Being in a hurry.  Getting to the next thing without fully entering the thing in front of me.  Through all that haste, I thought I was making up time.  It turns out I was throwing it away.”
“Maybe that’s what God requires most from us: our attention.  Indeed, this is the essence of a Sabbath heart: paying attention.  It’s being fully present, wholly awake, in each moment.  It is the trained ability to inhabit our own existence without remainder, so that even the simplest things---the in and out of our own breathing, the coolness of tiles on our bare feet, the way wind sculpts clouds into crocodiles and polar bears---gain the force of discovery and revelation.  True attentiveness burns way the layers of indifference and ennui and distraction---all those attitudes that blend our days into a monochrome sameness---and reveals what’s hidden beneath: the staggering surprise and infinite variety of every last little thing.”
In the mornings I run out in the country a couple of miles to a little retreat spot, hidden from the world, where I can pray and be alone with God for a little bit.  After reading this chapter I was inspired to try this trick.  I’m a doctor, I’m supposed to be ever observant of small details.  But the truth is, if you want a doctor as a friend, I’m one of the better ones to have, because if I’m not intentional trying to figure out “what’s wrong with you,” I will not notice anything.  I probably wouldn’t notice if you had a fungating mass growing out of your head or you’re missing a leg.  The attached video is taken from this hidden sanctuary, though during the middle of a warm, sunny day.
That particular morning it had been raining and was still sprinkling a little.  Now that it’s the rainy season, from the dead, dried out remains of plants, now were springing forth florescent green stems and leaves.  The greens were greener that normal as the plants sent out all of their chloroform to take in the precious rain as it fell.  The drip, drip of the rain drops broke through the stillness of the morning as if they were the rhythm box to the sweet chirping of the birds.  In front of me lay the mountains which towered of the valley I look over.  The clouds about were layered.  The highest were the source of the rain though in the distance several breaks revealed brilliant blue skies.  Several radiant yellow rays of sun managed to escape as well.  Down below this layer of cloud, a large white cloud quickly overtook and surrounded a smaller hill, and then continued on its way.  And my heart melted in the peaceful beauty of it all.

4.       I need to realize that living on purpose isn’t the same as being driven.  And that though it’s very culturally acceptable, even in Christian communities in the USA, driven-ness is not of God.
“The difference between surfaces most clearly in what we do with time.  The driven are fanatical time managers.  Living on purpose requires skillful time management, true, but not the kind that turns brittle, that attempts to quarantine most of what makes life itself---the mess, the surprises, the breakdowns, the break thoughts.  To much rigidity stifles purpose.  I find that the more I try to manage time, the more anxious I get about it.
“The truly purposeful have an ironic secret: they manage time less and pay attention more.  The most purposeful people I know rarely over manage time, and when they do it’s usually because they’re lapsing into drivenness, into a loss of purpose for which they overcompensate with mere busyness.  No, the distinguishing mark of the purposeful is not time management.  It’s that they notice. They’re fully awake.
“Jesus, for example.  He lived life with the clearest and highest purpose.  Yet he veered and strayed from one interruption to the next, with no apparent plan in hand other than his single, overarching on: get to Jerusalem and die.  Otherwise, his days, as far as we can figure, were a series of zigzags and detours, apparent whims and second thoughts, interruptions and delays, off-the-cuff plans, spur-of-the moment decisions, leisurely meals, serendipitous rounds of storytelling…Jesus was available.”
This chapter I just read today.  The ironic thing is God’s being trying to teach me this all year.  In the USA it’s nearly impossible to learn, because I can “control” time and events maybe 90% of the time, so I feel obligated to do so.  Here I think I can “control” time and events maybe 20% at the most.  We were joking about this difference at American bible study two days ago.  Since I can’t control anything here, I just throw up my hands and have a great time…because no one expects me to be able to be in control.
Sundays I’ve been studying the bible with Rossmery and Dennis.  I always call before I head out, that gives the 30 minutes to be ready.  They’re always excited for me to come…but they’re not always there or free to come even though they said they’d be.  This is one thing I’ve already had to entrust to God.  That he let me know how to best use my time while I’m there.  And of course he’s faithful.  We’re reading Luke together, so I won’t read Luke unless they’re both there.  If only one is there we talk or read whatever God gives me while we wait on the other.  It’s always been so providencial, because I’ll have a little extra time to talk to them one on one when they most need encouragement or guidance on a specific private issue.
The best example was last week.  Several guys from the church had been going with me each week to be with their 5 year old boys.  Last week all the guys who normally come went to Lima to a mission conference there.  So I went up alone.  Dennis said she’d be there in 20 minutes (it takes me 30 minute by bike to get there).  She was still not there when I arrived.  I waited and Rossmery walked over.  We waited. I called Dennis again.  She said she was in a meeting and to wait at Rossmery’s.  We went to Rossmery’s.  Her “husband” was there. (They’re cohabitants for 8 years---common law marriage—super common here.  He’d had an affair 3 years ago when the government sent him to different health clinic to work at that was farther away.  He’s a nurse.  It’s super common here that if you work for the government of a business that they move you around to different rural areas.  Many live far for spouse and kids.  And then they travel home on their days off.  He’d had an affair with a work at that other health post.  He’d finally come back to Rossmery, and at her request was able to find work at a closer health post (only 45 minutes away).  But the government had again sent him up to that health post where he’d had problems before.  And so their relationship got worse and he didn’t come home.  They were separate for a couple months.  But now he was back.
Rosemerry and her husband were both raised Catholic.  Thomas, a pastor from one of the Baptist churches in town had been studying with them, and her husband had been baptized “into the evangelical church.”  But then Thomas moved to Lima and Rosemerry’s husband fell away from the Lord.  But because I followed the Lord’s leading the three of us read from the book of James and talked about his faith and how if there’s no fruit, then it probably means your faith isn’t real.  You’re lying to yourself.  I don’t know how much was fasad, but I trust that God was working, and I know that confessing sin is the first step.
Dennis never came that night.  We never studied Luke that night.  But God was doing bigger things.
Monday night women bible study is similar.  Some nights there’s a crowd, last Monday there were three.  But we were talking about really sensitive issues such as our faith history and the social, spiritual and emotional context we were born into.  Two of the women were evangelical Christians, one a catholic.  Two didn’t go to church regularly due to work (they were both midwives).  Two of the three were single moms.  And God had a plan for the meeting.  And I think each of us walked away more aware of his presence today and since before we knew him.
Posted by Honduras at 12:48 PM