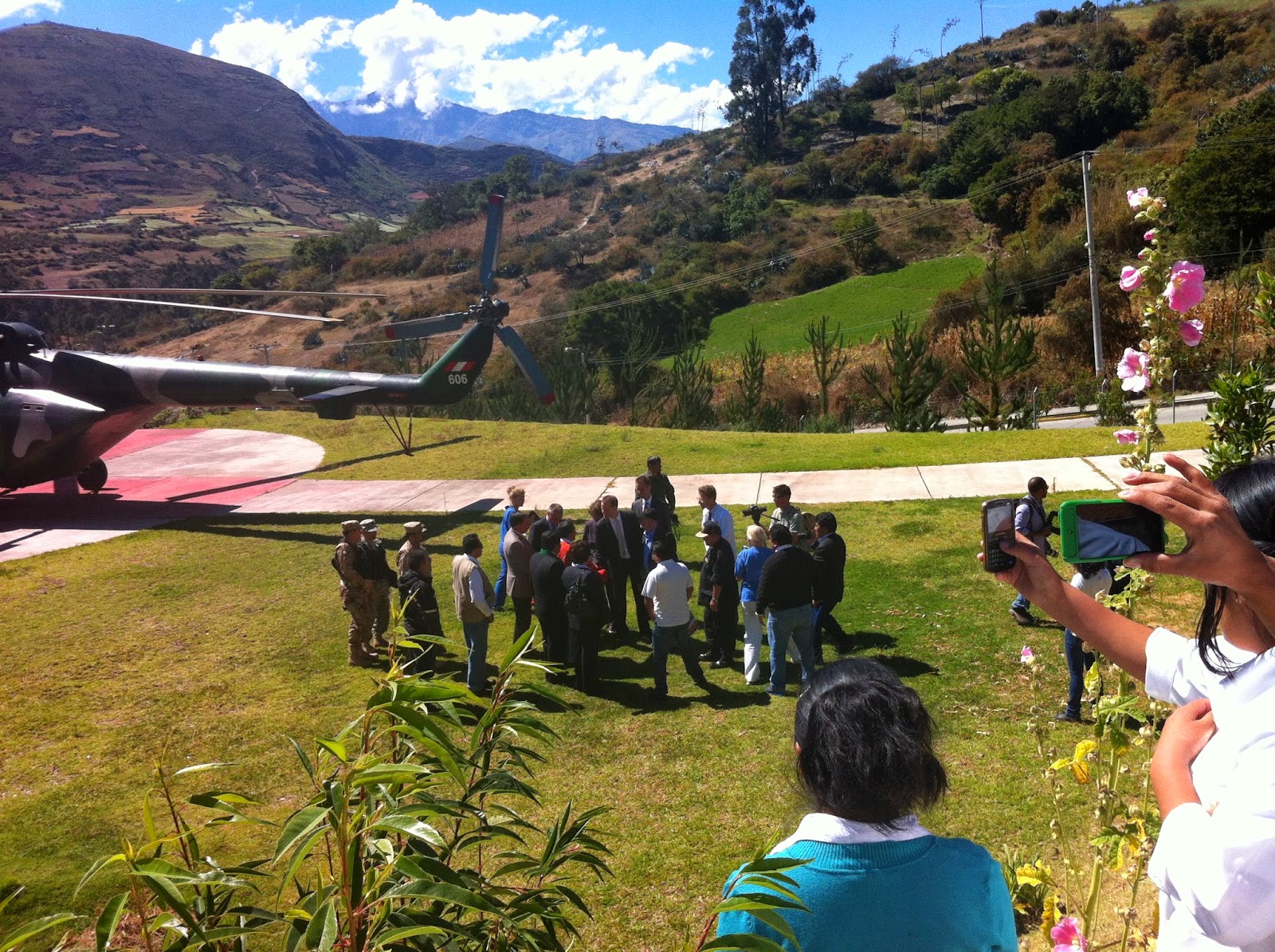 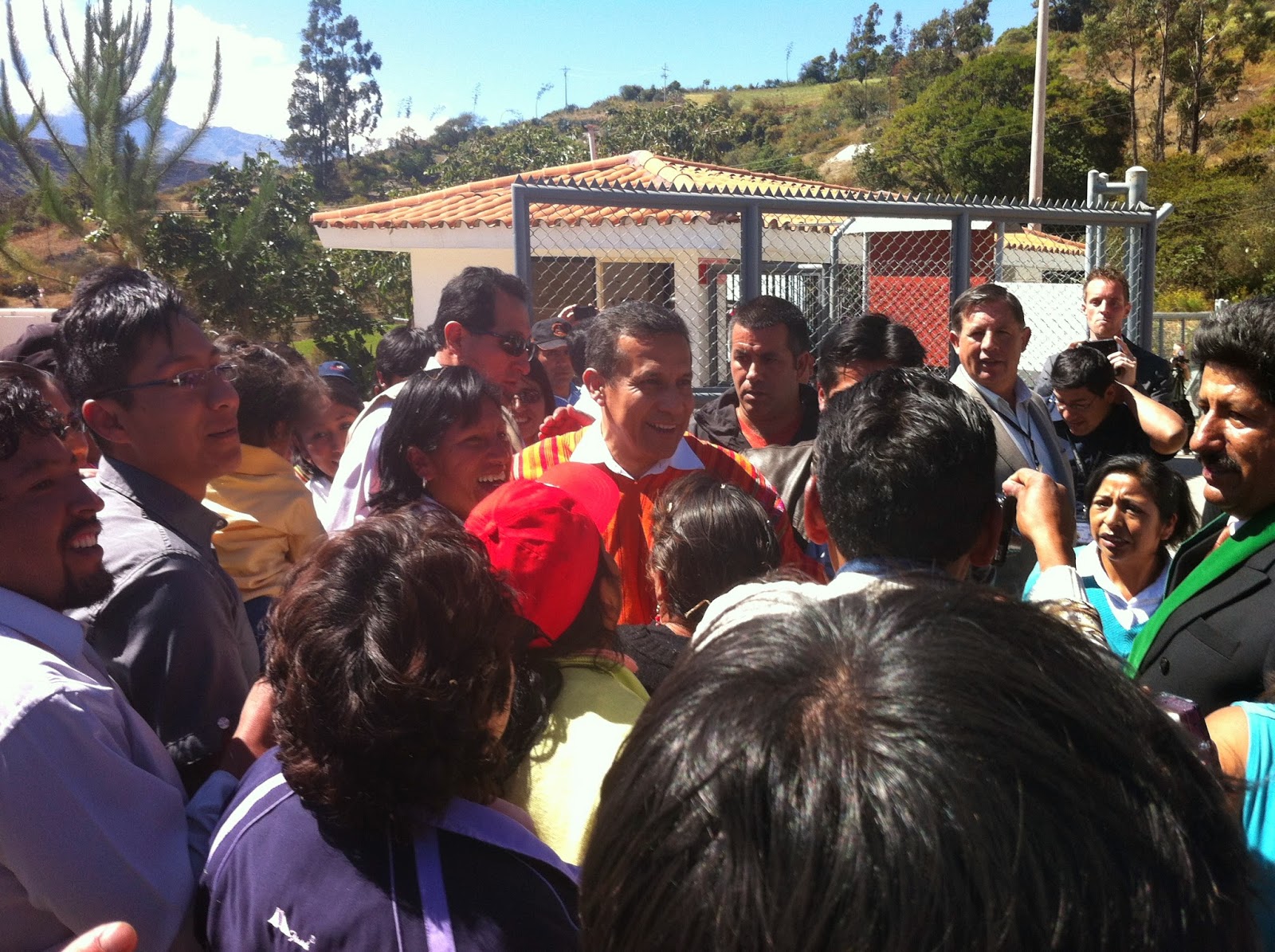 Imagine Obama sprinting through your work place “taking a tour”.  That’s literally what happened Friday.  The president of Peru had a meeting in Curahuasi with the regional directors or something.  They’d asked to land his helicopter on Diospi’s helicopter landing pad.  I guess the local government health post here doesn’t have one.  Klaus said fine but was insistent that the president took a tour of the hospital.  I guess because of political reasons he’d tried not to associate himself with the mission hospital up until this point.  But it’s helpful to have the president’s blessing in able to get things through customs more easily and faster.  Right now we have a CT scanner which has been sitting in customs for a month in Lima.  For these reasons Klaus was super insistent that the president toured the hospital.  After his meetings, right before he got back on his helicopter, the president said he had 5 minutes to tour the hospital…and so they literally sprinted through the hospital on a tour.  He stopped long enough to talk to one of the dentists who’s from Switzerland and to take pictures with the kids of the hospital staff/volunteers.
When he first arrived, he arrive in a bright orange poncho.  I guess his PR people wanted him to appeal to the Quechua here.  Ironically, none of the patients were wearing a poncho.  I think it's regional.  The hospital staff said that his poncho was more typical of Andallais which is probably 6 hours away driving, on the other side of Cuzco. And instead of coming up the side walk from the helicopter pad, he walked the hillside, through the grass and plants to get to the hospital ground where everyone was.
Klaus and Jens had the staff line up to greet him and show respect.  My favorite moment was at the end of the day.  The president was just sprinting past where I was standing.  Next to me was one of my patients from the day who was probably in her early 30’s.  She was very “Quechua”:  She had the typical Quechua outfit on.  She had the remains of a bruise likely from her abusive, alcoholic husband (which is very common).  One of the things I was treating her for was carpel tunnel syndrome (which is very common because they hand wash all the clothing for the family every day).  I looked down at her and said, “There goes your president.”  Her response was unexpected: “Really?”  So interesting that the Quechan poor are so removed from the media of Lima that they don’t recognize their own president.
The other interesting thing is that their president had promised to help the poor, so all the poor rural folks voted for him and the rich upper class of Lima where afraid of him.  But his term is almost over and he hasn’t lived up to any of his promises.  Yet the rich of Lima (including Luz, hate him) and the poor people where we live love him.
The president later sent an email back to the mayor of Curahuasi saying that Diospi is the nicest hospital in the south (since Lima is in the north).
Posted by Honduras at 4:05 PM